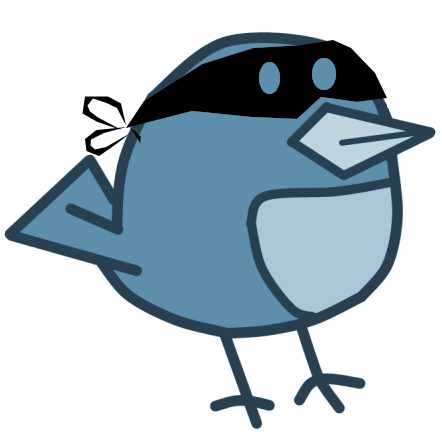 Roughly one hundred years ago, in June of 2019, I released an open source Twitter privacy tool called Semiphemeral that makes it simple-ish to delete years of old tweets. The great thing about Semiphemeral is, unlike similar tools, it's flexible: you don't have to delete all of your old tweets if you don't want to. You can, say, choose to keep tweets that have at least 20 likes, flag specific tweets you want to never delete, or delete all your retweets and likes that are older than a week.

But at the time, Semiphemeral was only usable by the nerdiest among us. It required running commands in a terminal window, creating your own Twitter API key, and, if you want to automate it, setting up a cron job on a server. But this is no longer the case!

For the last several months I've been running an easy-to-use hosted version at Semiphemeral.com. Now anyone* can easily delete their old tweets, likes, and now even direct messages (more on this below).

With Semiphemeral you can delete your old Twitter likes, but it's noisy

I don't know if others use Twitter the same way that I do, but I tend to like things quite a bit more frequently than I tweet or retweet things. I'd imagine that if you analyzed my last 10 years of Twitter likes, you could learn much more about me than just by looking at my timeline. My likes probably reveal exactly which political, technical, and social arguments I followed, and which sides I took in all of them.

I recently programmed a tool called semiphemeral to automate deleting all of my old tweets (except for ones that I want to keep), and it also goes back and unlikes all of the tweets that I liked more than 60 days ago -- or, so I initially thought. It soon became clear that semiphemeral only actually deleted the most recent 4,000 likes.