I maintain a piece of software called Tor Browser Launcher. It takes care of downloading Tor Browser Bundle for you, verifying the gpg signature, making sure you’re always using the latest version of Tor Browser, and making it easier to launch.

Update: A couple people have pointed out that the privacy changes won’t actually take affect in 14.04, which means that fixubuntu.com will still be necessary until at least 14.10, which will be released in October. Oops.

In October 2012, Canonical made a horrible mistake. They included a “feature” in Ubuntu 12.10 that has been widely considered adware and spyware. I blogged about the new Ubuntu’s Amazon ads and data leaks for EFF at the time, with the main ask being that Dash’s online search should be an opt-in feature and not enabled by default.

Leaving EFF and joining a fearless team of journalists

I started working at the Electronic Frontier Foundation in March of 2011. I joined the tech team as EFF’s first full-fledged web developer, eventually switching jobs internally to become a staff technologist. After over two and a half years of working with the most inspiring group of people I’ve ever met, I’m moving on to join a startup. Monday is my last day of work at EFF. 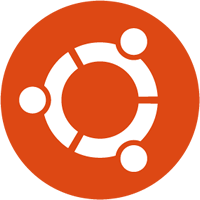 I run the website fixubuntu.com, a place to quickly and easily learn how to disable the privacy-invasive features that are enabled by default in Ubuntu.

This morning I received this email from an employee of Canonical Limited, the company that owns and manages the Ubuntu project:

I’ve noticed that a lot of people who are new to GPG really don’t want to give up their HTML email, but the Enigmail setup wizard recommends that you do this.